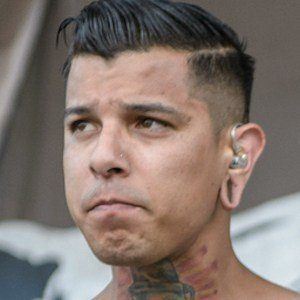 Lead vocalist for the deathcore band Upon a Burning Body. He performed on the band's albums The World Is Ours, Red. White. Green., and The World Is My Enemy Now. The latter two albums charted in the Billboard Top 200.

He came together with Ruben Alvarez, Juan Hinojosa, Chris Johnson and Sal Dominguez to form Upon a Burning Body in 2005. Only Ruben remained in the band as of 2016.

He owns a clothing line called Little Legends that designs children's clothing with a "metal twist."

He has a son named Danny Leal III.

He and Upon a Burning Body joined Whitechapel on a tour in 2014.

Danny Leal Is A Member Of