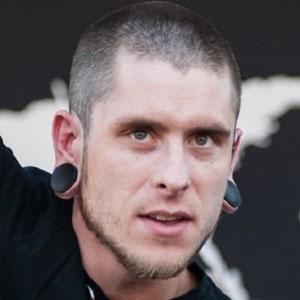 Frontman and lead vocalist for the deathcore band Whitechapel, a band name referencing the murders committed by Jack the Ripper. The group's 2014 release, Our Endless War, charted at #10 on the Billboard Top 200 with their 3 prior releases also making the list.

He, Brandon Cagle, and Ben Savage founded the band in February of 2006 and were soon after joined by Alex Wade, Gabe Crisp, and Derek Martin. Cagle and Martin both left the group after only a year.

He stated that he is more a death metal kind of person while other members of Whitechapel are other either black metal or hardcore guys.

He is from Knoxville, Tennessee. He frequently posts photos on Instagram of his dogs.

Rupert Penry-Jones starred in a television series of the same name as the band that Bozeman fronts.

Phil Bozeman Is A Member Of