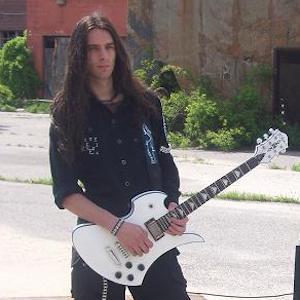 One of the founding members of The Agonist, the metalcore band has become known for albums like 2009's Lullabies for the Dormant Mind and the 2012's Prisoners.

He co-founded The Agonist in 2004 with Alissa White-Gluz and Chris Kells. The band was originally known as The Tempest, but changed their name in time for their debut album Once Only Imagined in 2007.

The Agonist has toured with numerous other bands including Arsonists Get All the Girls, Epica, and Chelsea Grin.

A Montreal native, he eventually settled there with his wife.

He began performing with Vicky Psarakis in The Agonist when she joined the band in 2014.

Danny Marino Is A Member Of