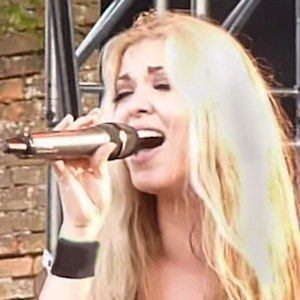 Rose to fame as the lead vocalist for the Canadian metal band The Agonist. She debuted on their 2014 EP Disconnect Me and went on to voice the albums Eye of Providence in 2015 and Five in 2016.

She has a self-titled YouTube channel where she has earned more than 20,000 subscribers creating vocal covers of Aerosmith, Iron Maiden, and other artists.

Born in Chicago, Illinois, she moved to Greece at the age of ten.

She joined The Agonist in 2014 after the departure of founding vocalist Alissa White-Gluz.

Vicky Psarakis Is A Member Of