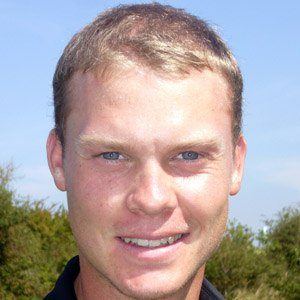 Pro golfer who won the 2016 Masters Tournament to earn his first career major victory. He turned professional in 2008 and won the 2010 BMW Championship.

He won four times as an amateur before going to Q-School for the European Tour.

He was born in Sheffield, South Yorkshire to Steve and Elisabet Willett.

He edged out Jordan Spieth and Lee Westwood by three strokes to win the Masters in 2016.

Danny Willett Is A Member Of