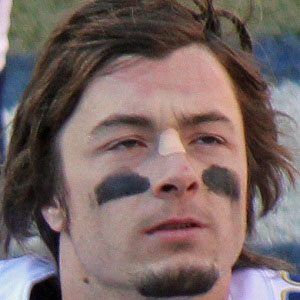 NFL running back who joined the San Diego Chargers in 2013 after previously playing for the New England Patriots and New York Jets.

He married his high school sweetheart, Stacia, in 2008.

He played with Tom Brady while with the Patriots; Brady seemed to enjoy dumping off screen passes to him to avoid being sacked.

Danny Woodhead Is A Member Of