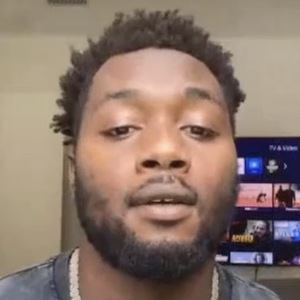 Defensive end and outside linebacker who starred for the University of Florida Gators football team from 2012 to 2014. He was selected third overall in the 2015 NFL Draft by the Jacksonville Jaguars.

He excelled in both football and track at Lakewood High School in St. Petersburg, Florida. He competed in shot put for the track team, with a top throw of 14.32 meters.

In his final game at Florida, he recorded three sacks, helping the Gators defeat East Carolina in the 2015 Birmingham Bowl 28-20.

He was born to Lenora Fowler and Dante Fowler Sr.

He was coached by Will Muschamp during his three years in Gainesville as a Florida Gator.

Dante Fowler Is A Member Of