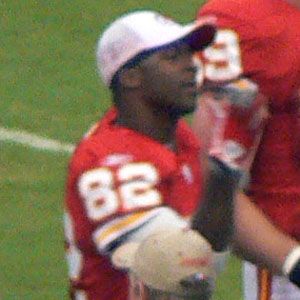 Wide receiver and all-time great kick and return man known as the Human Joystick, he played in the NFL from 2000 to 2008, most notably for the Kansas City Chiefs.

He played college football at Texas A&M, where he was a running back and return man.

He was born in Lufkin, Texas.

He was part of the NFL's all-decade team for the 2000s, along with fellow return men Josh Cribbs and Devin Hester.

Dante Hall Is A Member Of