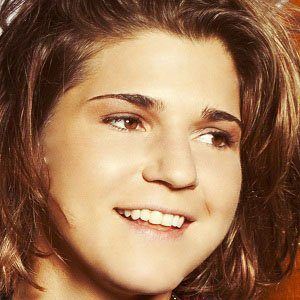 Pop and alternative singer and songwriter known for such albums as What to Say and Because I Can. She recorded independently and under the Vanguard Records label.

Before releasing her 2007 debut EP, Matter of Time, she briefly attended DePaul University in Chicago, Illinois.

She was discovered by music executive Kevin Welk, who encountered one of her songs on American Airlines' in-flight entertainment system and put her in touch with one of his music producers.

She grew up San Antonio, Texas and Chicago, Illinois as the daughter of a classically-trained singer mother and a Sony Music audio engineer father.

Her song "Sad" was featured on an episode of One Tree Hill, a popular television series that starred actor James Lafferty.

Daphne Willis Is A Member Of