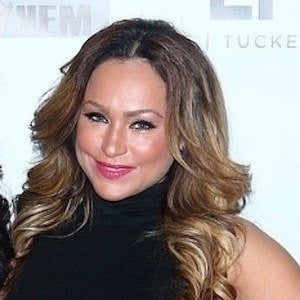 Reality star who made her claim to fame appearing on the 90 Day Fiancé spinoff Before the 90 Days. She appears on the show with her partner Jesse Meester, who is nearly twenty years her junior.

Originally from Middletown, Connecticut, she announced after appearing on 90 Day Fiance that she planned to move to Los Angeles, California.

She and her sister run the fashion brand House Of Eleven.

She introduced Jesse to her two daughters, Aniko and Aspen, after appearing on Before the 90 Days. She has a twin sister named Stacey.

She gained fame on a TLC reality series much like 90 Day Fiance star Loren Brovarnik.

Darcey Silva Is A Member Of