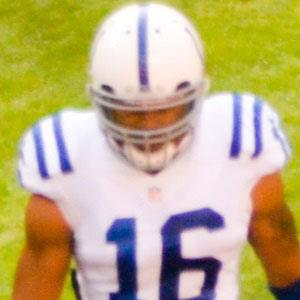 NFL wide receiver who found a supporting role on the Indianapolis Colts and scored two touchdowns his rookie season. He signed briefly with the Buffalo Bills after going undrafted in 2013.

He was recruited heavily by Georgia and Tennessee after being ranked the 2nd receiver in the nation by Rivals.com his senior year at Darlington High School.

He transferred to Tennessee Tech in 2012 and went on to break the school's single-season record for receptions and receiving yards.

His parents divorced when he was a child. His mother's name is Deborah Rogers.

He was a Second-Team All-SEC wide receiver in 2011; Rueben Randle was the First-Team selection.

Da'Rick Rogers Is A Member Of