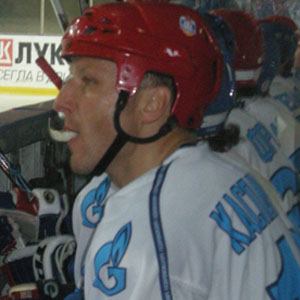 Lithuanian professional ice hockey player who was drafted by the New York Islanders in the first round of the 1992 NHL Draft.

He left Lithuania for Russia at age 14 after training with Aleksey Nikiforov.

He played for 4 different teams in the NHL, most notably for the Islanders and the Penguins.

He and his wife Irina have a daughter named Elizabeth.

He and Dainius Zubrus were both famous Lithuanian hockey players.

Darius Kasparaitis Is A Member Of