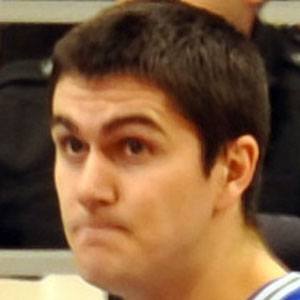 Journeyman center who was selected 2nd overall, behind LeBron James, in the 2003 NBA Draft by the Detroit Pistons and is regarded as one of the NBA's all-time biggest busts.

He began his professional career with Serbia's Hemofarm from 2001-2003.

In 2004, while with the Pistons, he won an NBA championship.

He married Zorana Markus on May 23, 2009, and had his first child with her a few months later.

He is infamously remembered as a 2003 draft bust, since he was selected ahead of superstars such as Carmelo Anthony, Dwyane Wade, and Chris Bosh.

Darko Milicic Is A Member Of