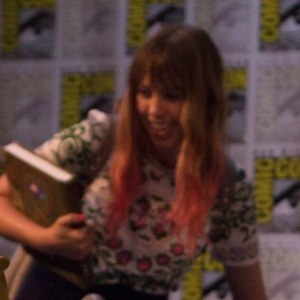 Artist and animator best known as the mind behind the popular Disney XD series Star Vs. The Forces of Evil. Her initial work has been seen on shows like Mad and That Movie Show.

Some of her earliest short films have been posted to YouTube. The earliest, "Scissors," was created in 2006 while she was attending CalArts studying animation.

She has worked as a storyboard artist for shows like Mad, Wonder Over Yonder, and Robot and Monster.

Her father, Jay Nefcy, is a cinematographer known for work on films and shows like the Truman Show and Love & Other Drugs.

She created Star Vs. The Forces of Evil, a show featuring the voice of actress Eden Sher.

Daron Nefcy Is A Member Of