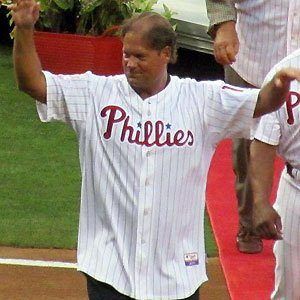 Former Major League Baseball catcher who went to the World Series with both the Philadelphia Phillies and the Florida Marlins.

He was selected to three MLB All-Star teams.

He was married three times to Lynne Austin, Nicole Garcia and Amanda Dick. He had four children, Summer, Savannah, Zachary and Darren II.

He and former teammate John Kruk became two of the most beloved Phillies players of all time.

Darren Daulton Is A Member Of