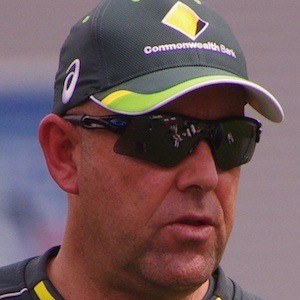 Aggressive left-handed batsman who played internationally for Australia from 1996-2005.

He made his first class debut in 1987 for South Australia.

In 2013 he took over as head coach of the Australian team.

He was born in Gawler, South Australia.

As coach of Australia he has led star cricketer Michael Hussey.

Darren Lehmann Is A Member Of