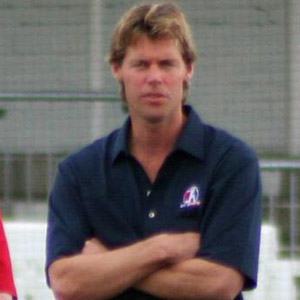 Former left-handed opening batsman for England, played in 100 ODI's, captain of Warwickshire from 2003 to 2005 and won a County Championship in 2004.

He attended Loughborough University and won the Daily Telegraph's Young Cricketer of the Year award in 1989.

He became a member of the Sky Sports cricket commentary team after his retirement from playing in 2006.

He is distantly related to the 1930's English Test bowler Hedley Verity.

He and Ian Bell are two of the only Englishman with one hundred or more ODI caps.

Nick Knight Is A Member Of