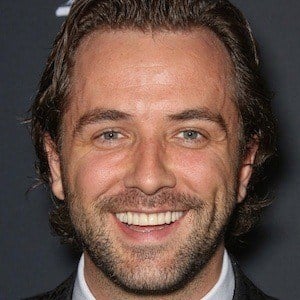 Co-host of The Voice Australia alongside Sonia Kruger who has also done work as a radio personality, music journalist and music critic. He had his own weekly MTV show called The Lair, a live music show, as well as a monthly car DVD called Ignition.

He was an advertising executive after graduating from Bradfield College, Sydney. His first presenting gig was for Arena's Exclusive news on Foxtel. He also appeared in major advertising campaigns.

For the Nine Network, he hosted Commercial Breakdown in 2009 before joining Seven Network as the host of the game show Minute to Win It. He has also had hosting duties for shows including Love in the Wild and The Magicians.

Born in Glasgow, he and his family emigrated to Australia when he was 12 years old. He got engaged to Crystal Reed in 2017 after more than four years of dating, however the couple separated in 2019 before tying the knot.

He landed a role on the scripted television series House Husbands alongside Firass Dirani.

Darren McMullen Is A Member Of