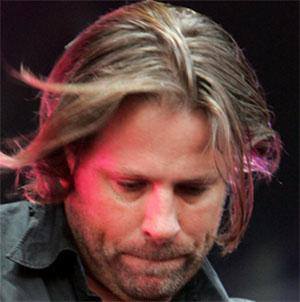 Guitarist for the Australian rock act Powderfinger, as well as the frontman for the group Drag.

He was heavily influenced to pursue music by rock bands like Twisted Sister and AC/DC.

He is a huge critic of boy bands and their commercial approach to music.

His family is from Brisbane in Queensland, Australia.

He considers Ben Harper among his musical influences.

Darren Middleton Is A Member Of