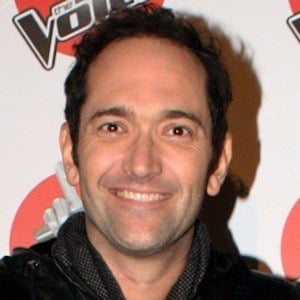 Singer known for his appearance on season one of The Voice: Australia, on which he finished runner-up. His album Happy Home, which was released after the show, went gold.

He started performing at a young age. After graduating high school, he began touring with Australian jazz musician James Morrison.

He had an interest in graphic design growing up and paints in his spare time. He's also worked with Bobby McFerrin.

He married Amanda Percival and he has two children.

Keith Urban selected Percival to be on his team during The Voice.

Darren Percival Is A Member Of