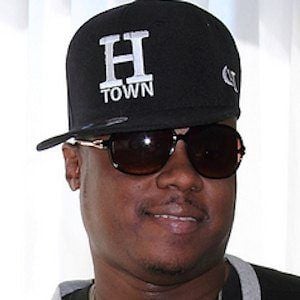 Rapper and R&B singer best recognized as a member of the multi-platinum supergroup H-Town. Known by the stage name G.I., he and the rest of H-Town have released almost half a dozen successful albums, including their hit debut Fever for da Flavor.

H-Town first began to form in 1991 between Solomon and Kevin Conner and Darryl Jackson, the two brothers' longtime friend.

H-Town's third album, Ladies Edition, addressed a number of women's issues such as spousal abuse and was dedicated to the late Nicole Brown Simpson.

Darryl Jackson Is A Member Of