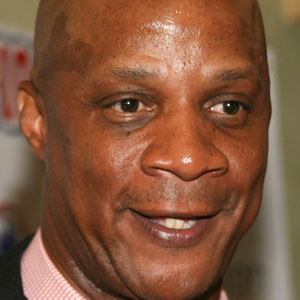 His brother and him were both drafted in the same year.

He was named 1983 NL Rookie of the Year after hitting 26 home runs and tallying 74 RBIs.

He married Charisse Simons in 1993, the same year he got divorced from Lisa Watkins. He then divorced Watkins in 2006, the same year he married Tracy Boulware. He has four children named DJ, Jade, Jordan and Jewel. DJ played college basketball at Maryland and was a second round pick of the NBA's Phoenix Suns in 2007.

He played on the 1986 New York Mets, the team that won a World Series in part due to an infamous error by Boston Red Sox first baseman, Bill Buckner.

Darryl Strawberry Is A Member Of