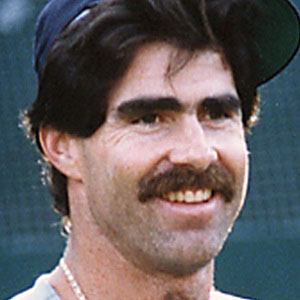 Former MLB first baseman best known for a fielding error during the 1986 World Series, where his Boston Red Sox lost to the New York Mets.

He was drafted into the MLB on the same day as his friend Bobby Valentine.

He was the 1980 National League batting champion and retired with 2,715 career hits.

He had two brothers who played in the minor leagues, and had three kids with his wife Jody Buckner.

Mookie Wilson hit the infamous, seemingly routine ground ball that somehow happened to slip under Buckner's glove in game 6 of the 1986 World Series.

Bill Buckner Is A Member Of