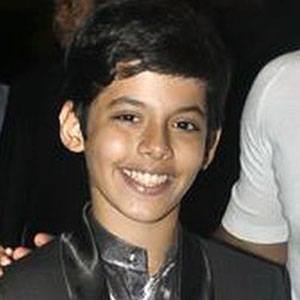 Bollywood film actor who starred in the 2007 film, Taare Zameen Par, as a dyslexic child. He also appeared in the 2010 film, Bumm Bumm Bole as Pinu.

He debuted in Taare Zameen Par.

He won several awards for his performance, including the Filmfare Critics Award for Best Actor and the Star Screen Special Jury Award. His parents wanted him to be either a business executive or jewelry designer.

He was born in Mumbai, the most populated city in India. His parents names are Sheetal and Mitesh Safary.

He was discovered at Shiamak Davar's dancing school.

Darsheel Safary Is A Member Of