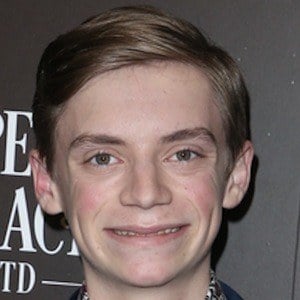 Frequent Fine Brothers Entertainment personality as well as television actor from Fresh Off the Boat who has worked with the Fine Brothers on Kids React, Kids vs. Food, Opinions, Gaming and Advice.

He was featured on Jimmy Kimmel Live! and Comedy Bang! Bang! in 2013.

He was cast in a couple of movies called The Remains and The Other in 2015 and 2016, respectively.

His parents monitored his social media before he was a teenager.

He acted alongside Gary Oldman in a sketch for Jimmy Kimmel Live!

Dash Williams Is A Member Of