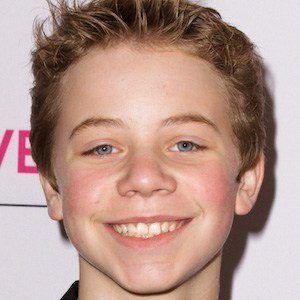 Series regular on the Fine Brothers' web series Kids React and Teens React for several years who would also portray the character of Weston on the show Dad vs. Lad.

He began taking acting classes in California when he was 10 years old and was signed by a manager and agent at the age of 12.

He was cast in the national pilot for EA Gametime. He booked the kid hosting duty for the grand opening of Cars Land in Disney's California Adventure.

Originally from Cary, North Carolina, he moved to California at the age of 10 with his two younger sisters and younger brother.

He landed a guest role as a young Jared in TNT's Franklin & Bash with Breckin Meyer playing the older Jared.

Bryson Keyser Is A Member Of