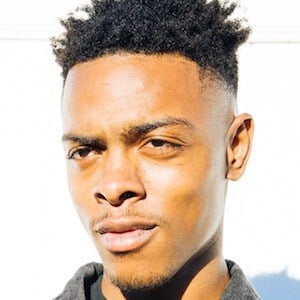 Member of the dance and rap group known as The Ranger$ who became well known for being in the middle of the dance craze known as "jerkin" in 2009. He is also known by the named Dashawn Blanks and Day Day.

He is an original member of The Ranger$, coming together with the other members in the spring of 2009 after meeting in a Los Angeles Taco Bell parking lot. They originally were called Go-Go Power Rangers.

He is from Los Angeles, California. He became a father in 2022 and welcomed his son Jaice.

He performs alongside Juliann Goins in The Ranger$.

Dashawn Omarr Is A Member Of