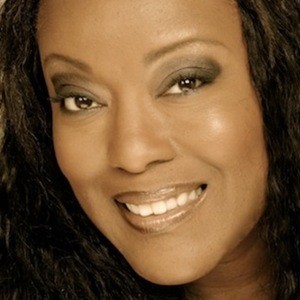 Vocalist and theater actress who appeared in such Tyler Perry plays as Madea's Family Reunion and What's Done in the Dark. She made her Broadway debut in 1986 in Mama I Want to Sing!

She recorded a 1989 album on the Capitol Records label.

She grew up in Harlem, New York. Her younger sister, Taral Hicks, also had a career as a vocalist and actress.

She starred in two of Tyler Perry's plays.

Datra Hicks Is A Member Of