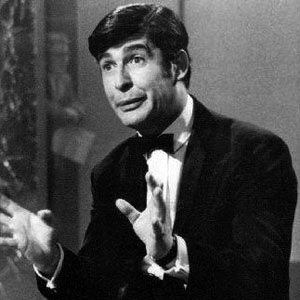 Controversial Irish comedian whose television appearances made him famous in many countries. His BBC shows, The Dave Allen Show, and Dave Allen at Large, were popular in the late 1960's and early 1970's.

He followed his father's footsteps by entering the world of journalism and later became a copy-boy in London.

He drank ginger ale during his comedy performances, but people always believed that he was actually drinking whiskey.

He married actress Judith Stott in 1964 and had three sons with her. They divorced in 1983, and he married Karin O'Mahoney in 2003. Karin gave birth to his son six weeks after his death.

Dave Allen Is A Member Of