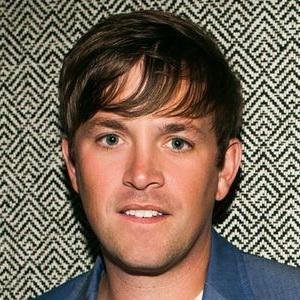 Grammy nominated songwriter for his Country song God Gave Me You in 2012. He has released numerous studio length albums including Me and You and the World, What We Want, What We Get, and Stories to Tell.

A professional musician since 2001, he released his first EP titled Three, Then Four in 2002 and his first full length album called Brother, Bring the Sun in 2004.

His 2014 release of the anticipated album Golden Days debuted in the top 25 on the overall iTunes chart.

He is the oldest of three and grew up with his siblings in South Carolina, Mississippi, and Tennessee. He married a woman named Annie.

He has written songs for other artists such as Billy Currington, Tim McGraw, and Danielle Bradbery.

Dave Barnes Is A Member Of