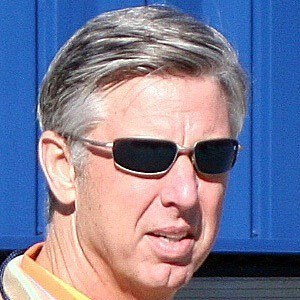 Former Detroit Tigers CEO who also served as the team's president and general manager. He later became President of Baseball Operations for the Philadelphia Phillies.

He earned a degree in business administration from Western Michigan University.

He helped the Florida Marlins win the 1997 World Series before joining the Detroit Tigers in 2002.

He has two children, Landon and Darbi, with wife Karie.

He became Torri Hunter 's general manager on the Detroit Tigers in 2013.

Dave Dombrowki Is A Member Of