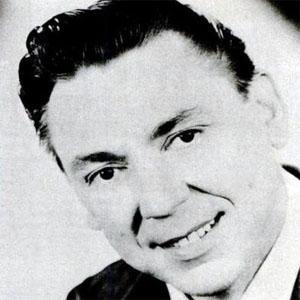 Musician who pioneered the country truck-driving music genre with his 1963 hit, "Six Days on the Road." He also recorded tracks including "Vietnam Blues" and "Me and ol' C.B."

He grew up with aspirations of professional baseball but after an arm injury ended that dream, he went to work as a disc jockey at a local radio station.

His big hit "Six Days on the Road" went to #2 on the Billboard country charts, crossing over into the top forty.

He was born David Darwin Pedruska in Spencer, Wisconsin.

Steve Earle was one of the many artists who covered his song "Six Days on the Road."

Dave Dudley Is A Member Of