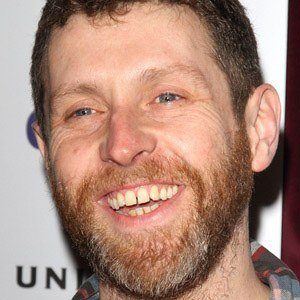 English comedian who is notorious for telling his audiences outrageous stories. His standup show, Sit Down, Pedal, Pedal, Stop and Stand Up, premiered in 2009.

He was a writer on the BBC show The Mrs. Merton Show.

He is most known for his stage show Are You Dave Gorman?, which was created for the 2000 Edinburgh Festival Fringe and was nominated for a prestigious Perrier award.

He married his wife Beth in 2010; they have a son named Eric.

He was a contributor on The Daily Show with Jon Stewart.

Dave Gorman Is A Member Of