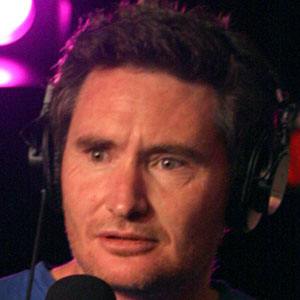 Australian comedian who co-hosted the football comedy panel television show Before the Game. He started co-hosting the half-hour Channel 10 show The 7PM Project, which was later expanded to become the hour-long The Project, in 2009.

He began his comedy career as a performer at the Melbourne International Comedy Festival.

His segment Hughesy Loses It was featured on the TV show Rove.

He had three children named Rafferty, Sadie, and Tess, with Holly Ife, whom he married in 2006.

He co-hosted the TV show The Project with Charlie Pickering.

Dave Hughes Is A Member Of