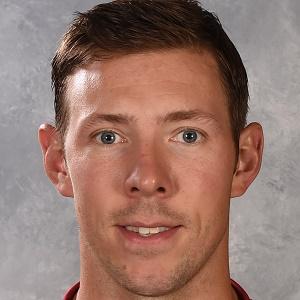 Drafted by the Calgary Flames in the 7th round and 220th overall in the 2001 NHL Entry Draft, he is a winger who competed for the United States national team in 2010 and 2013 at the Ice Hockey World Championships. He signed a two year contract with the Phoenix Coyotes in July of 2012.

He played college hockey for the University of Michigan where he received the Alton D. Simms Trophy as the Wolverine's most improved player for the 2002-2003 season. He was also a two-time Howard Colby Award winner as the team's most sportsmanlike player in 2002 and 2005.

He played in the Cold War of 2001, an ice hockey game played between Michigan State and Michigan in an outdoor venue.

He became engaged to Erinn Lobdell, who competed on the reality show Survivor: Tocantins. They married in 2014 and had a son named Henry David Moss in 2015. His cousins Amanda, Blake and Phil Kessel are also hockey players.

He was a teammate of Jarome Iginla in Calgary.

Dave Moss Is A Member Of