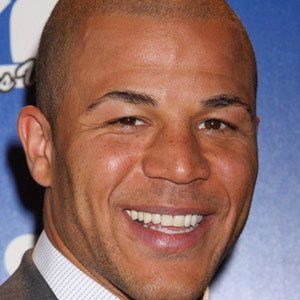 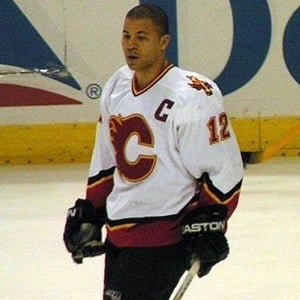 NHL right winger who set a number of franchise scoring records during his long tenure with the Calgary Flames. He has also played for the Pittsburgh Penguins, Boston Bruins, Colorado Avalanche and Los Angeles Kings.

He joined the Flames as an eighteen-year-old in the middle of the Stanley Cup playoffs; he later became their captain.

He became one of just a handful of NHL players to amass eleven straight seasons of 30+ goals.

He married his high school sweetheart Kara in 2003; the couple had three children.

His first NHL point came on an assist to Theo Fleury; thirteen years later Iginla broke his franchise record for most points scored.

Jarome Iginla Is A Member Of