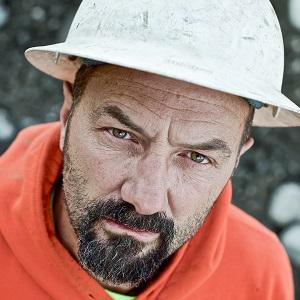 Quarry manager and mining expert who is a reality personality on the show Gold Rush.

He was running a rock quarry business with his father and three brothers as early as the 1990s. He was a high school and college football star as well and earned a degree in civil engineering.

He was brought in by Todd and Jack Hoffman as an outside consultant for their Porcupine Creek claim before being asked to join the team full time.

He married his high school sweetheart, Shelly, a nurse, and together they have three children.

He and Parker Schnabel are both personalities on the series Gold Rush.

Dave Turin Is A Member Of