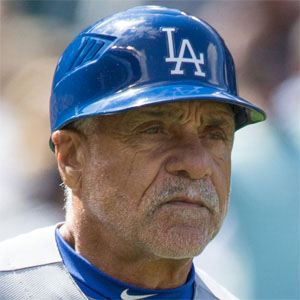 Baseball lifer who won the 1981 World Series as a player for the Los Angeles Dodgers and the 2008 World Series as the first base coach for the Philadelphia Phillies. He was a Golden Glove winner in 1978.

He played college baseball at Iowa Wesleyan College and Washburn University before being drafted by the Dodgers in the second round of the 1968 MLB Draft.

He is the third of ten children. He has a daughter named Vanessa.

He won the 1981 World Series with Dodgers teammate and first baseman Steve Garvey.

Davey Lopes Is A Member Of