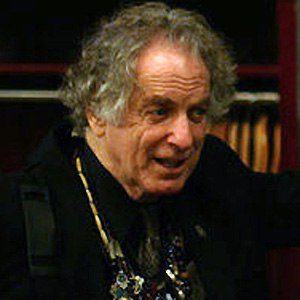 Integrated the jazz music of the greatest musicians of the 20th century with world and folkloric music. He scored the film classics "Splendor in the Grass" from 1961 and "The Manchurian Candidate" from 1962.

He began by playing the classical horn with the National Symphony Orchestra. He also recorded with the Seventh Army and Lionel Hampton in Paris.

He was the New York Philharmonic's composer-in-residence in 1966. Not all of his music was released immediately, with pieces like the Holocaust opera "The Final Ingredient" laying dormant for years.

He was exposed to the music of the Native Americans and faraway exotic lands by his uncles. He also grew up listening to the Jewish music of his heritage.

He was always willing to take his music in a new direction and provided the musical background to some of Allen Ginsberg's experimental poetry.

David Amram Is A Member Of