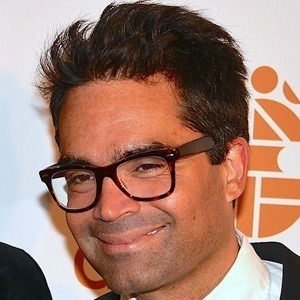 Stand-up comedian, actor, and television personality who began appearing as a sidekick on the Swedish talk show I Kveld Med YLVIS in 2012. He is the author of several comedy books, including Det Här Var Ju Tråkigt, as well as a cookbook.

He studied marketing at the University of Lund and Slippery Rock University. He began his stand-up career in 1994.

In 2009, he released an album of sounds created specifically to annoy others, including snores and belches.

He appears alongside Bard Ylvisaker of Ylvis fame on I Kveld Med YLVIS.

David Batra Is A Member Of