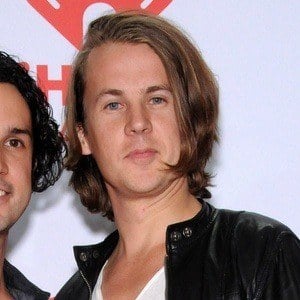 Performing alongside his brother Vegard Ylvisaker, he makes up one half of the comedy duo Ylvis. With his brother, he hosts a talk show called Tonight with Ylvis.

His professional career began in 2000 when he performed in the critically acclaimed Ylvis - A Cabaret. Alongside his brother, they shot to international fame with their viral hit "The Fox (What Does the Fox Say?)" in 2013.

He was discovered by Peter Brandt at one of Bard's performances at Fana school theater.

He married Maria Lekva Ylvisaker and he has two daughters, Nora and Sofie, and a son, Jens. He grew up in Angola and Mozambique after being born in Bergen.

He primarily performs alongside his brother Vegard Ylvisaker for most of his productions.

Bard Ylvisaker Is A Member Of