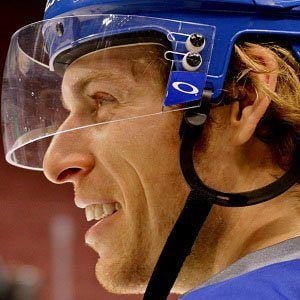 Well-rounded left winger who was named the Florida Panthers MVP in 2008-2009 and the Vancouver Canucks Most Exciting Player in 2011-2012.

He played college hockey for the Michigan State Spartans.

He represented the United States in the 2002 IIHF World U18 Championship, winning a gold medal and MVP of the tournament.

Goaltender Ed Belfour was his teammate on the Panthers.

David Booth Is A Member Of