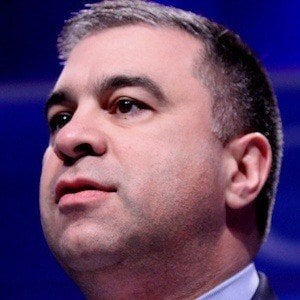 Politician who became president of Citizens United and Citizens United Foundation in 2001. He has produced such documentaries as Nine Days That Changed The World and Ronald Reagan: Rendezvous with Destiny. He also authored the best selling novel Intelligence Failure: How Clinton's National Security Policy Set the Stage for 9/11.

He was a volunteer firefighter in Maryland for over 20 years.

He was ranked number two in Politico's Top 50 Most Influential.

He was born in Boston and attended the University of Maryland. He has four children, Isabella, Griffin, Lily Campbell, and Margaret Reagan.

He led investigations during Bill Clinton's two terms as president and published a book on it.

David Bossie Is A Member Of