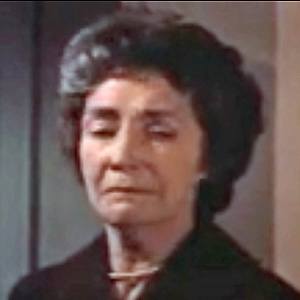 American actress who played the role of Linda Loman in the Broadway production of Arthur Miller's Death of a Salesman. She was one of the founding members of the renowned Actors Studio.

She studied at Goucher College in her native Maryland. She taught school before beginning her acting career.

She played the role of Big Mama in the original Broadway production of playwright Tennessee Williams' Cat on a Hot Tin Roof.

With her husband Keith Urmy, she had one child. She died in Massachusetts at the age of ninety.

She starred opposite Fredric March in the 1951 film adaptation of Death of a Salesman.

Mildred Dunnock Is A Member Of

Death of a Salesman
BUtterfield 8
Born In 1901
Stage Actors