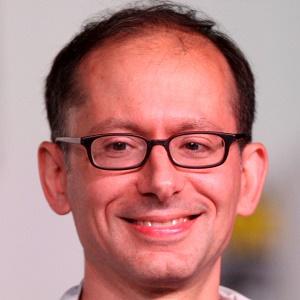 Former writer for The Simpsons who helped develop the hit animated series Futurama. He returned to Futurama 10 years after its finale for another season. He was a producer on the entire Disenchantment TV series.

He began as a writer for several early episodes of MTV's Beavis and Butthead.

He added the middle name X in order to sound more futuristic and for better recognition. He also wrote on a couple of episodes of Disenchantment

He grew up in Englewood, New Jersey, the son of two biologists.

He teamed up with The Simpsons' creator Matt Groening to develop Futurama.

David X. Cohen Is A Member Of