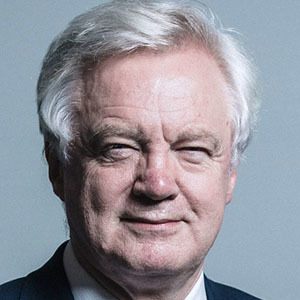 Conservative politician who gained worldwide fame for his time as the Secretary of State for Exiting the European Union between 2016-2018. He was first elected as a Member of Parliament (MP) representing Haltemprice and Howden in 1997.

He graduated with his degree in molecular/computer science from the University of Warwick in 1971. He would later attend London Business School, where he earned his master's in 1973, and Harvard Business School.

He served as Chairman for the British Conservative Party between 2001-2002. He would later serve as the Shadow Home Secretary between 2003-2008.

He shares three children with his wife Doreen.

David Michael Davis Is A Member Of