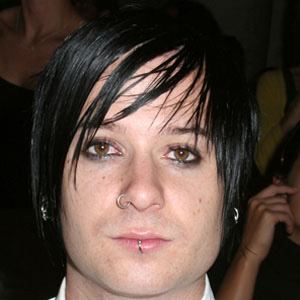 French Canadian bassist and backing vocalist for Simple Plan, the pop punk band who released their debut album, No Pads, No Helmets...Just Balls, in 2002.

He played for The Used, Vendetta Red, Green Day, Good Charlotte, and MxPx as a drummer and bass guitarist.

He preferred a Fender Precision Bass.

His parents were residing in Sept-Îles when he was born, but they raised him in Matane, Quebec.

He was a guest star on The Naked Brothers Band, the Nickelodeon TV show created by Polly Draper .

David Desrosiers Is A Member Of