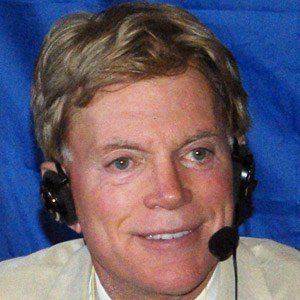 White supremacist speaker, and former Louisiana State Representative who was a Grand Wizard, or high ranking official, of the Ku Klux Klan.

He attended Louisiana State University, where he established a collegiate hate organization called the White Youth Alliance, which allied itself with the National Socialist White People's Party.

He became infamous among his critics for his radical, right-wing views, which embraced anti-Semitism and racism. He campaigned unsuccessfully for the U.S. Senate and the U.S. House of Representatives.

He and his wife Chloe Hardin were both members of the White Youth Alliance. The couple had two daughters and divorced in 1984, after it was revealed that Duke had pursued numerous extra-marital affairs.

He gained notoriety on the campus of Louisiana State University for wearing a Nazi uniform and organizing birthday parties for the infamous Nazi leader Adolf Hitler.

David Duke Is A Member Of