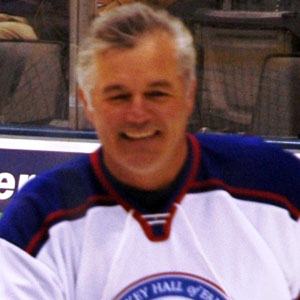 NHL defenseman who played over 1,000 games across 16 seasons after being selected 75th overall by the Winnipeg Jets in the 1982 NHL Draft.

He was the son of a minor league hockey player, and he would go on to lead Bowling Green State to the NCAA title.

He set a Toronto Maple Leafs team record for most points by a defenseman in a playoff year, 16.

He married Annie Bianco, who was a cowgirl-mounted shooter.

He was an unwilling assistant on Wayne Gretzky's game-winning hat-trick goal that sent the Kings into the Stanley Cup Finals in 1993.

David Ellett Is A Member Of