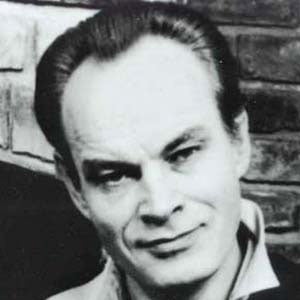 Known for his works in the heroic fantasy genre, this English author penned such bestsellers as Legend, Waylander, and Quest for Lost Heroes. Also a writer of historical fiction, he published the Troy Trilogy and the two-part Greek series.

He was arrested several times during his teenage years for his involvement in an illegal gambling organization. After working for a time as a club bouncer, he began a career as a journalist, freelancing for the Daily Express and the Daily Mail, among other newspapers.

During his early childhood years, he suffered greatly at the hands of bullies, but his stepfather, Bill Woodford (the inspiration for many of Gemmell's hero characters), encouraged him to defend himself.

With his first wife, Valerie, he had two children. He eventually left Valerie for his second wife, Stella.

Fantasy author Patrick Rothfuss was one of the 2012 recipients of the David Gemmell Legend Award (an honor established in 2009 in Gemmell's memory).

David Gemmell Is A Member Of